A trained industrial and precision mechanic; member of the fire brigade since 2008; a trained breathing apparatus user; jointly responsible for supervising the Youth Fire Brigade; a sports and car enthusiast… This description could go on and on and sounds like the paradigm of a fireman. And that’s what this person is! Except for one small thing: we’re not talking about a fireman, but about Jana – a dedicated female firefighter from Bavaria. In the future, she will be contributing all her experience and knowledge, as well as input from her network, to TEXPORT®.

The 26-year-old Bavarian comes from a real firefighting dynasty: her brother, father, and grandfather are or were all active members of the volunteer fire brigade as well. Jana herself has put her heart and soul into the fire brigade since she was 12 years old. However, Jana is not just an active member, but also a youth leader, trained breathing apparatus user, and fire brigade paramedic. 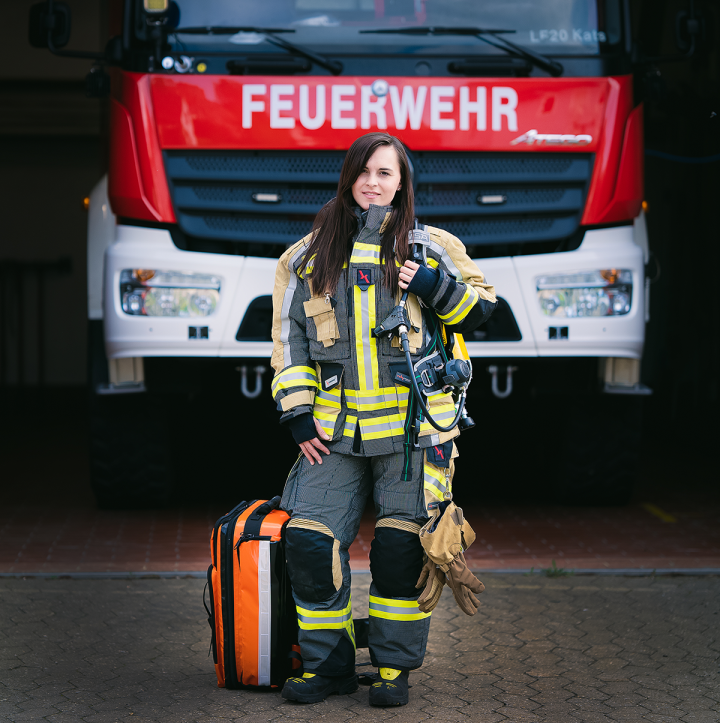 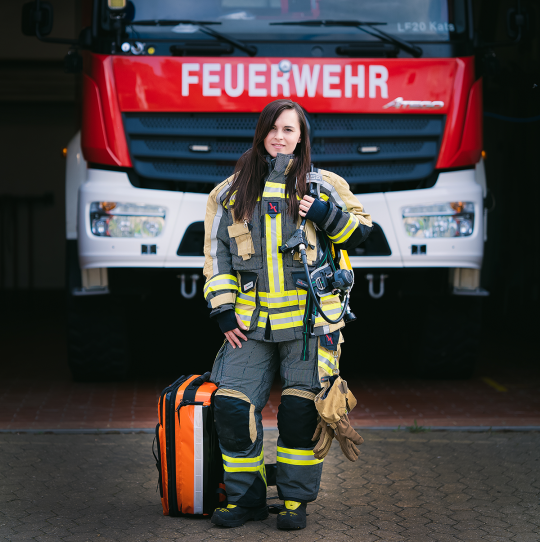 In addition, the trained industrial and precision mechanic is also very active on social networks in her free time. In particular, this supports her work as a youth leader, as well as helping her keep in touch with her colleagues. “I’ve had my own Instagram profile since 2019 and keep in close contact with my colleagues on there,” says Jana, adding: “I get a lot of great suggestions and exercises or training ideas from our lively discussions to make my youth work varied!” 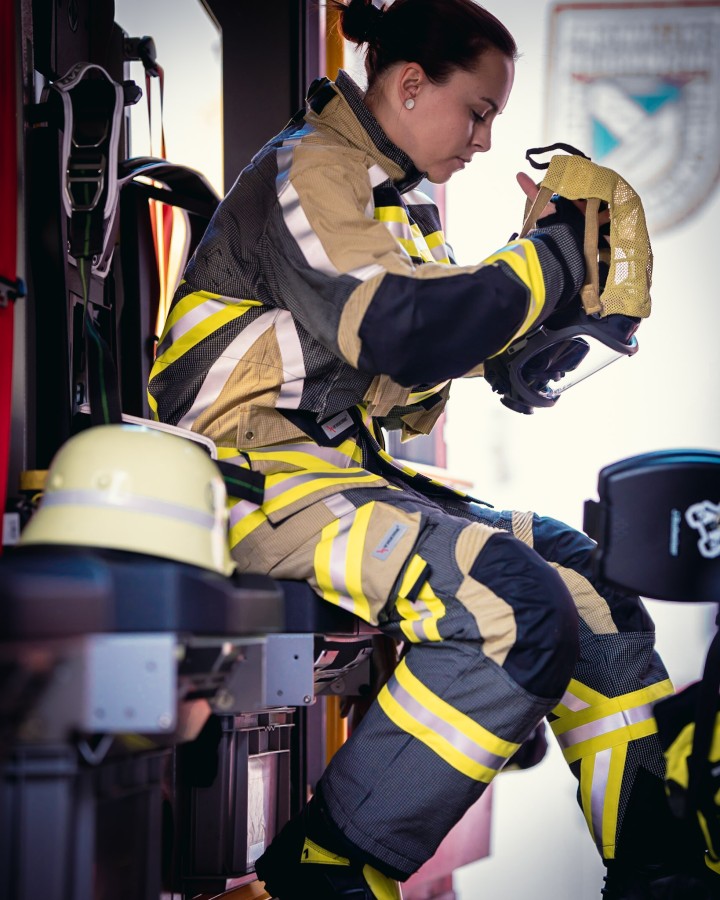 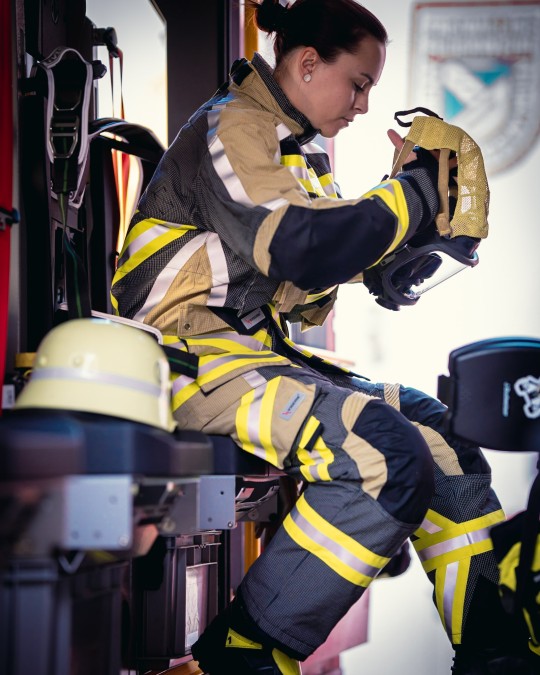 It was also through her online activities that Jana came into contact with TEXPORT®. The young firefighter, who is also a sports car enthusiast, also uses her now considerable reach to discuss issues with other firefighters. “It’s a shame that even in this day and age I still often face deprecating comments in my work environment. I’ve also had to prove myself MORE than male colleagues a lot of the time, but I go my own way.” Jana is discussing the problem of being underestimated as a woman and she knows what she’s talking about. Unfortunately, she has repeatedly had the experience or heard from other female firefighters that there are still fire brigades that prefer to just have men on the team. Jana, however, focuses on the future: “I am really looking forward to exchanging ideas with TEXPORT®, because it is often the case that protective clothing is adapted to patterns for men. But it’s well known that there are anatomical differences that still aren’t taken into account enough. Numerous female colleagues have repeatedly told me about the problem of poorly fitting work gear or protective clothing. This even poses a significant safety risk,” says Jana.

At TEXPORT®, we therefore want to learn from the experiences as well as the problems of Jana and her other female colleagues. We will continuously incorporate this input into our work and develop the necessary solutions.
If you want to join Jana’s community, the easiest way to do so is on Instagram. You can find Jana on there at: ja_na107 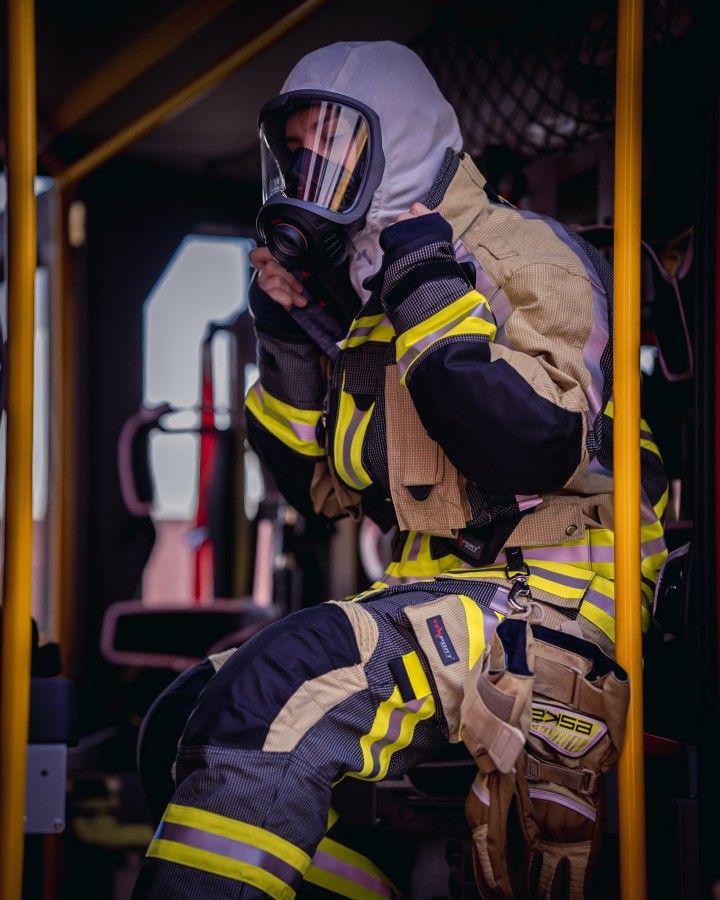 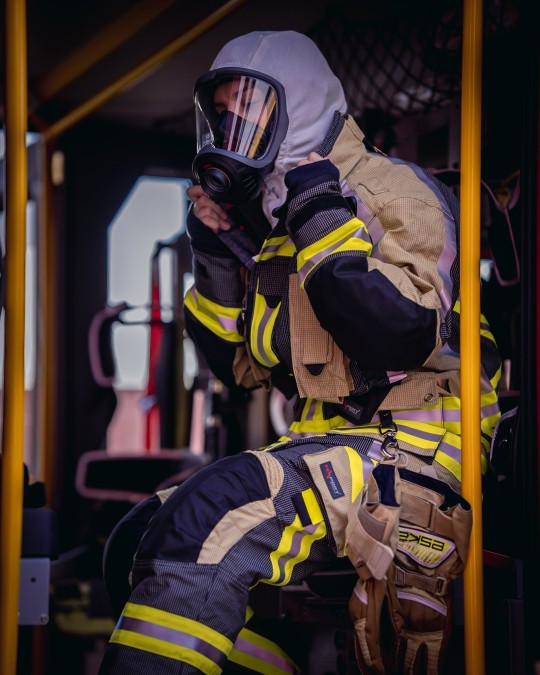 TEXPORT AND THE INTERSCHUTZ – A close connection
haix