News
Everything is new in Munich
TEXPORT
Everything is new in Munich
Brandheiss, 01.02.2021
1 Min
The fire brigades in Munich have been dressed practically from head to toe in new gear since October 2018. What began back then with the award of a Europe-wide tender for fire protection trousers, weather protection and softshell jackets for TEXPORT®, has now also expanded to include fire hoods and operational hygiene overalls. The individual design of the garments not only makes them visually impressive, they were even specially developed according to the needs of the Munich fire brigade, and to meet the highest requirements in terms of comfort and protection.

In addition to fulfilling the extremely extensive list of requirements, the award for the Europe-wide tender was characterised by another special feature: two premium manufacturers received the order from Munich. The two technology leaders TEXPORT® and S-Gard are jointly responsible for the fire protection clothing FIRE MUNICH, which is manufactured according to customer needs. “We have already completed delivery of 5700 pairs of trousers and are currently working through the successful second tender of 4450 pairs of fire protection trousers,” says Ms. Nicole Heinemann, member of the TEXPORT® management team. 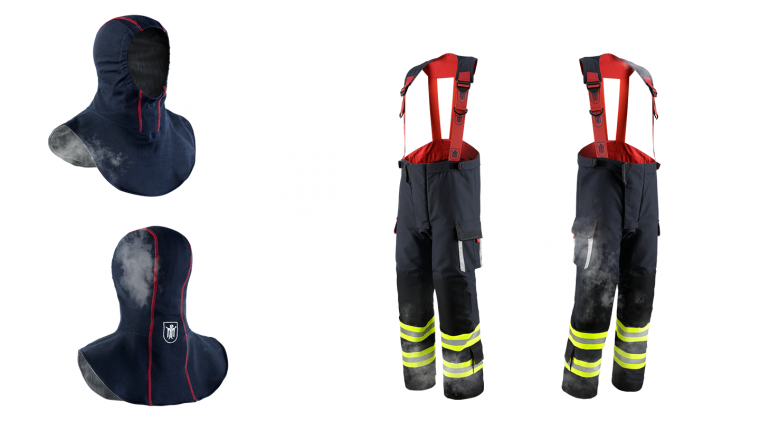 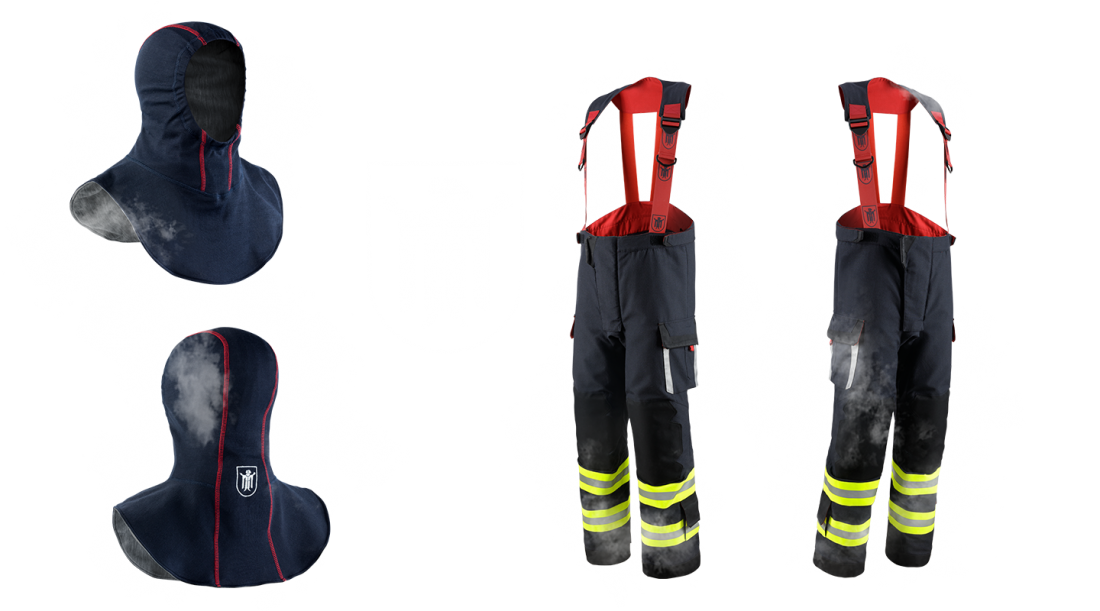 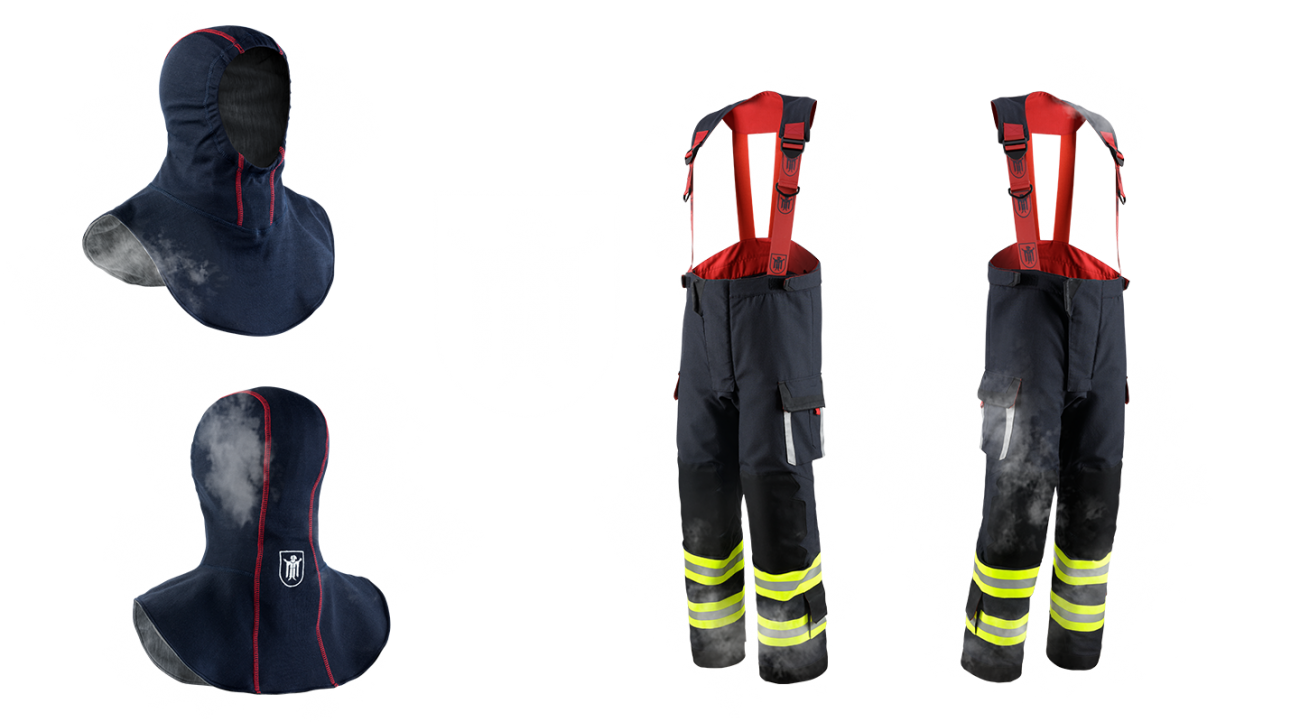 Word of the TEXPORT® quality promise is getting around

A tender of this magnitude does not go unnoticed in the fire service industry for long, of course, especially since TEXPORT® also supplies the Munich fire brigades with 8,000 softshell jackets, 1,400 weatherproof jackets, 4,300 flame protection hoods and 3,000 emergency hygiene overalls.

To meet the extremely high requirements of the tender for fire protection clothing – such as a breathability score of less than RET 18 – the most modern materials and complex processing techniques are used in the FIRE MUNICH collection. In the case of fire protection trousers, for example, the moisture barrier can be guaranteed at 100% through a special processing method that only a few manufacturers are able to implement. The trousers are characterised above all by a completely new, contemporary design, which combines sporty lines with highly functional details. The freedom of movement and the corresponding ergonomic pre-forming of the trousers are of central importance. Special attention was also paid to the usability when wearing gloves. All pockets and loops are easily accessible due to their high-quality finishing. Additional reflective elements alongside the normal reflective stripes ensure improved wearer visibility in the dark. The trousers can be combined perfectly with all types of boots thanks to their zips in the lower calf area. Adjustment options at the bottom of the legs and on the waistband ensure that they always fit the wearer comfortably.

The lifestyle and outdoor-inspired weather protection and softshell jackets are equipped with the latest generation of materials from W.L. Gore. A particularly lightweight, robust and extremely breathable 3-layer laminate is used for the weatherproof jacket. A 3-layer windstopper laminate is used in the softshell jacket, which, in addition to being absolutely windproof, also offers good protection against light rain, as well as comfortable heat retention and excellent perspiration transport. Both the softshell jackets and the weatherproof jackets are provided with side pockets and additional breast pockets, which give the clothing a high level of practical use and still convey a modern and professional look. The use of water-repellent zips makes the presence of cover flaps superfluous, which makes the clothing lighter and easier to use. In order to cope with heavy rain, the weatherproof jacket has an integrated, detachable hood. 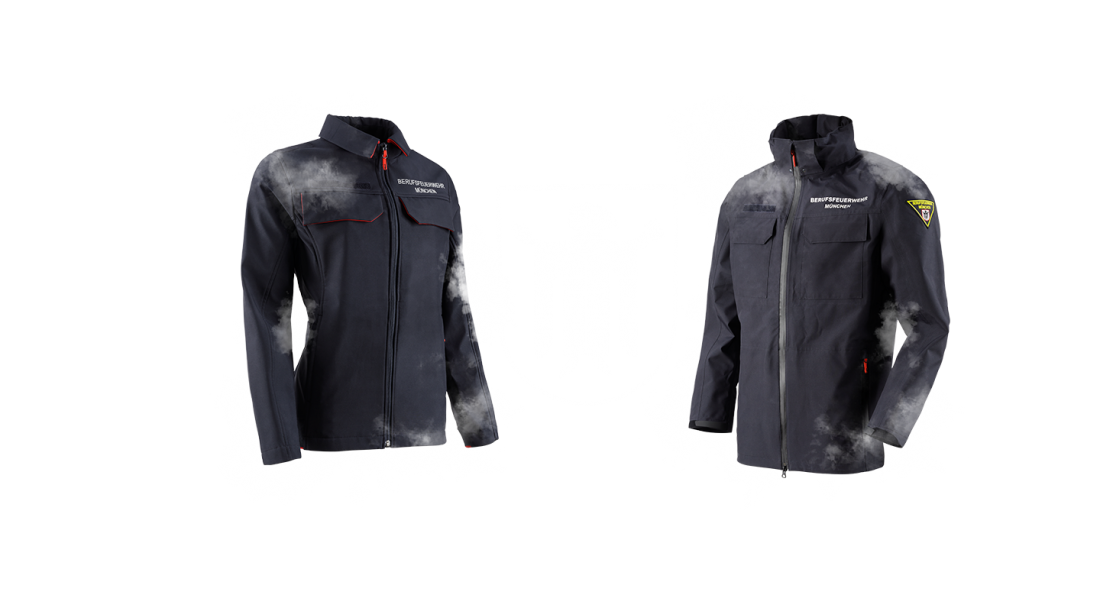 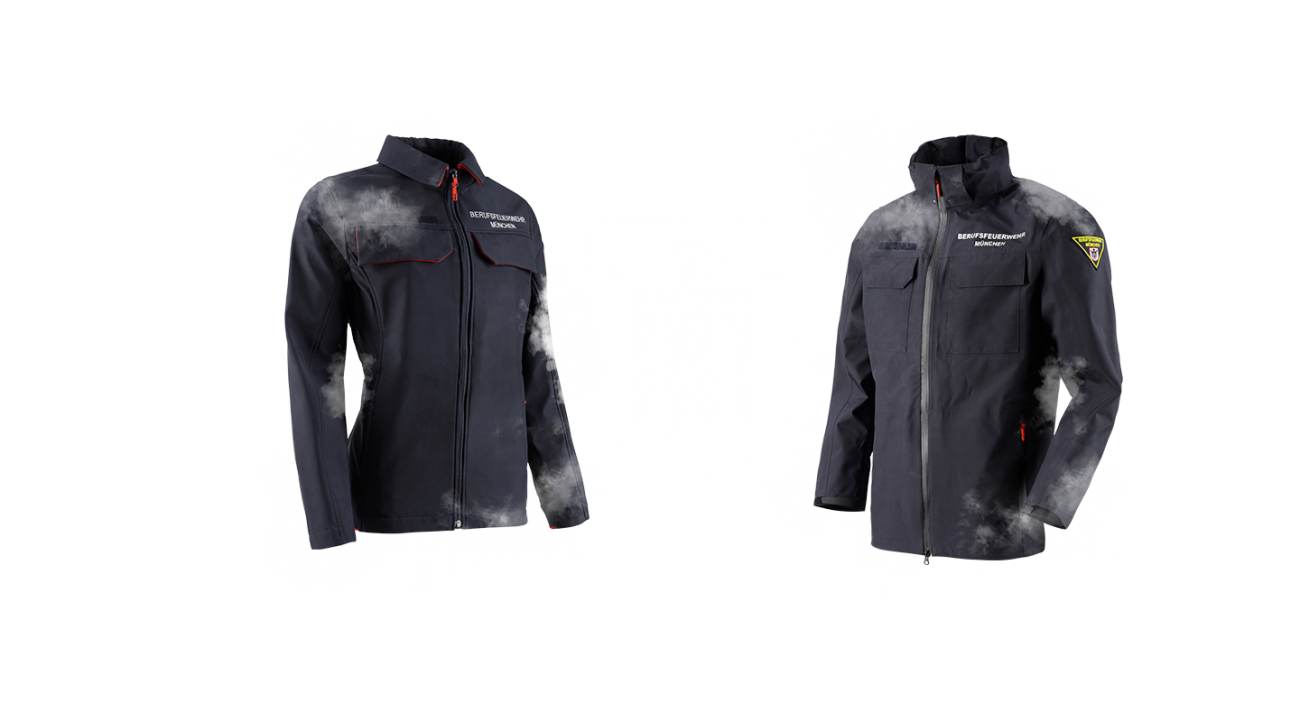 For the sake of hygiene – particle protection at the highest level

As is well known, the devil is often in the details. Sometimes these ‘details’ are so small that they can hardly be seen with the naked eye, but still have an enormously harmful effect on our health. Even if fire hoods look rather inconspicuous, they are crucial to the emergency services. So far, flame protection hoods were mainly worn to protect against the effects of heat. However, new studies have shown that the absorption of soot particles and thus also of dangerous PAHs (polycyclic aromatic hydrocarbons) through the skin must be stopped. This protection can be achieved in the head/neck area by installing a particle barrier in the fire hood. TEXPORT® uses a PTFE particle barrier for this, which offers 99.99% efficiency, thus meeting important hygiene concept parameters. The 4,300 fire hoods with particle protection for the Munich fire brigades represent the latest generation of hoods. In addition to their own ‘Munich design’, the blue hoods with the red decorative stitching and Münchner Kindl coat of arms offer a special feature: the taped seams. When the PTFE particle protection barrier is sewn, the sewing needles – as thin as they may be – create small holes which actually act like huge entry gates for harmful particles. By practically taping over the seams in a special work step, these fire hoods are almost 100% impermeable to particles both on the surfaces and at the seams.

What a Scot actually wears under his kilt usually remains a well-kept secret. What the comrades of the Munich fire brigade wear under their chemical protective suits, however, is by no means a secret. The single-layer operational hygiene overall is made of a functional knitted fabric and is one of the latest developments at TEXPORT®. Following the hygiene concept offensive in Germany, this operational hygiene overall is the ideal complement to the fire hood. The overall contributes significantly to an increased sense of well-being – more so than the frequently used track suits, for example. The knitted fabric is extremely robust in terms of colour and shape, even after many washing processes, is odour-inhibiting and skin-friendly, which is why the Munich fire brigades will in future also carry it on emergency vehicles. The operational hygiene overall provides the best service as a change of suit on the way back to the station, while the contaminated fire protection clothing is stowed in separate and sealed containers.

With this new equipment, emergency services could get a little jealous of their comrades in the Munich fire brigade. The performance, the knowledge and the technological lead of the FIRE MUNICH collection from TEXPORT® can also be found in other product lines. The company slogan “protecting you” will thus continue to be reembraced every day at TEXPORT® in future. 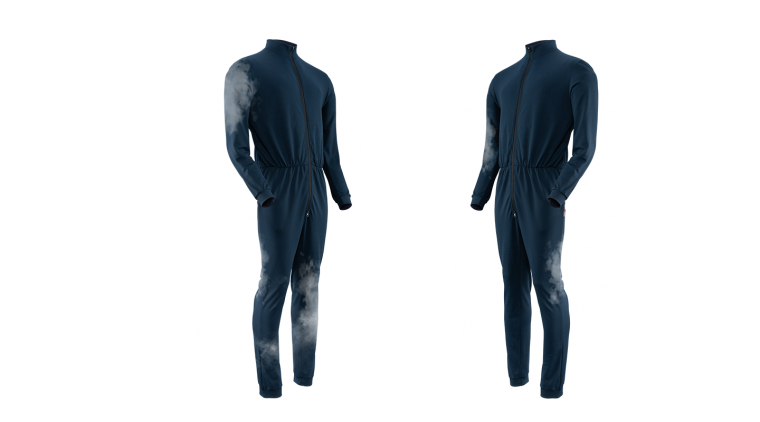 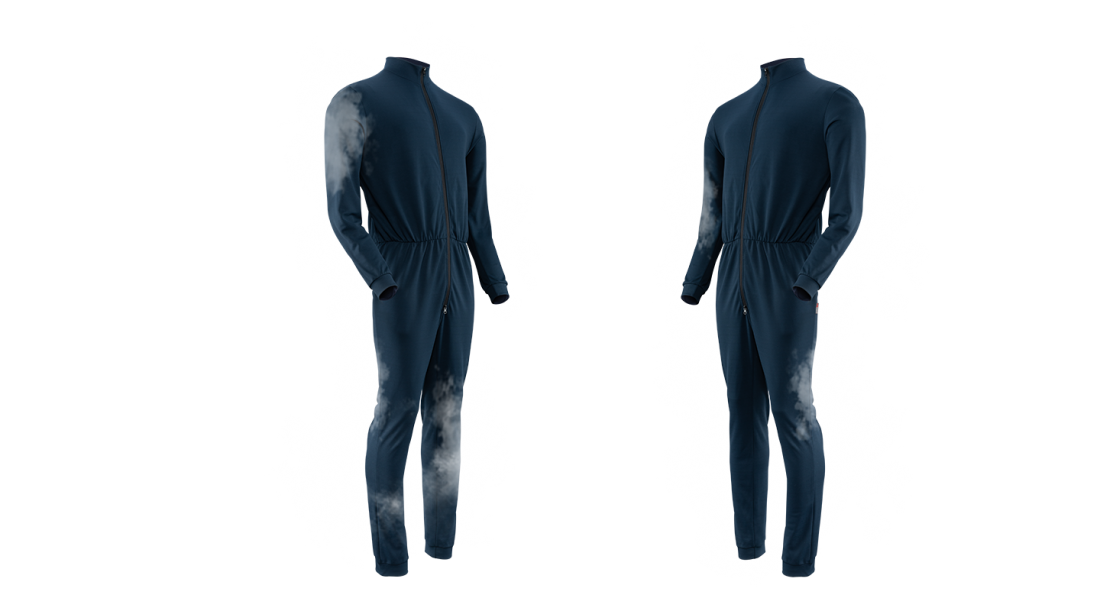 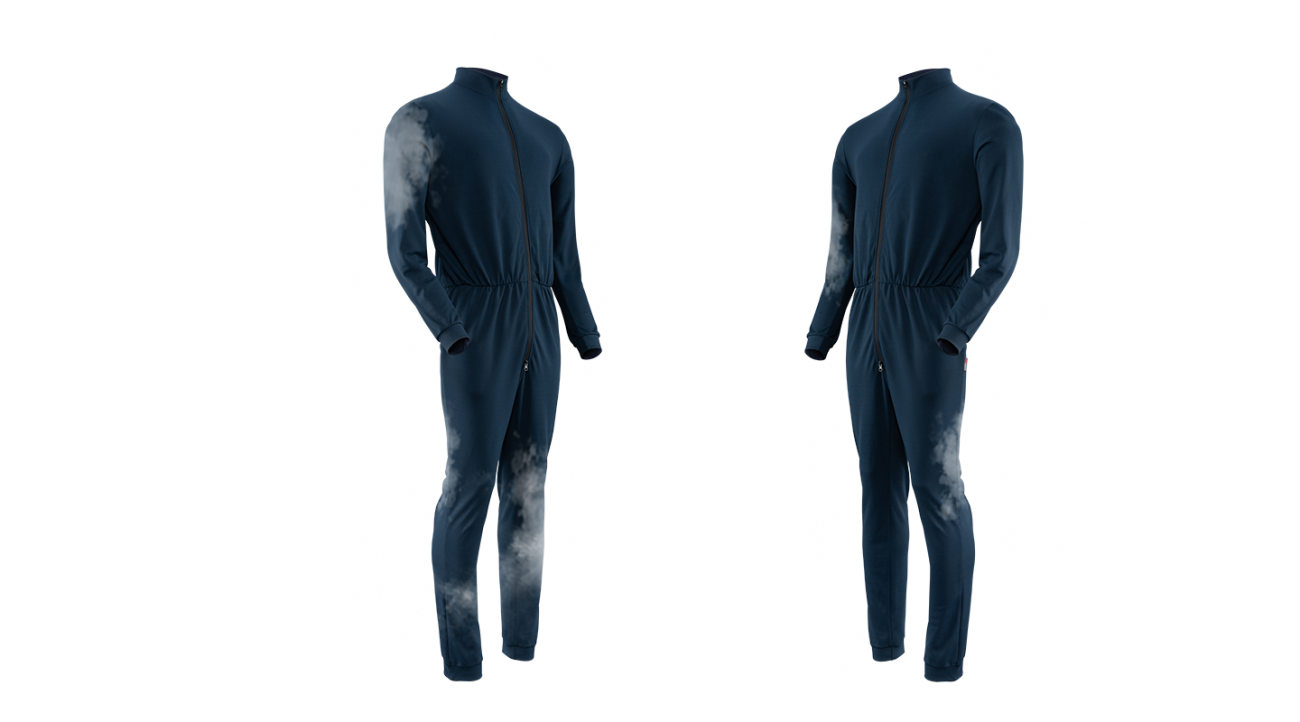 A small hood with a significant protective impact
Welcome to our new website!