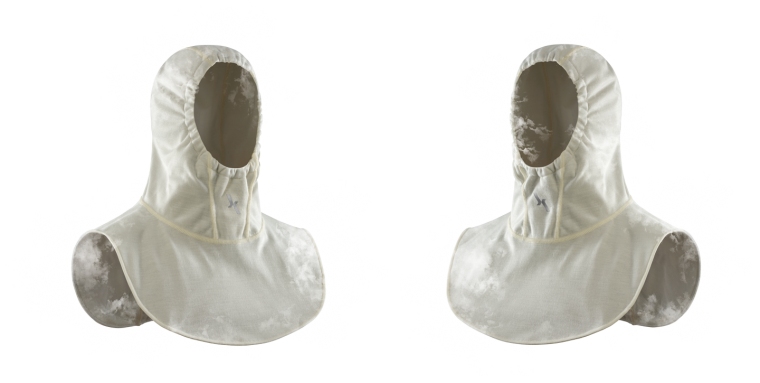 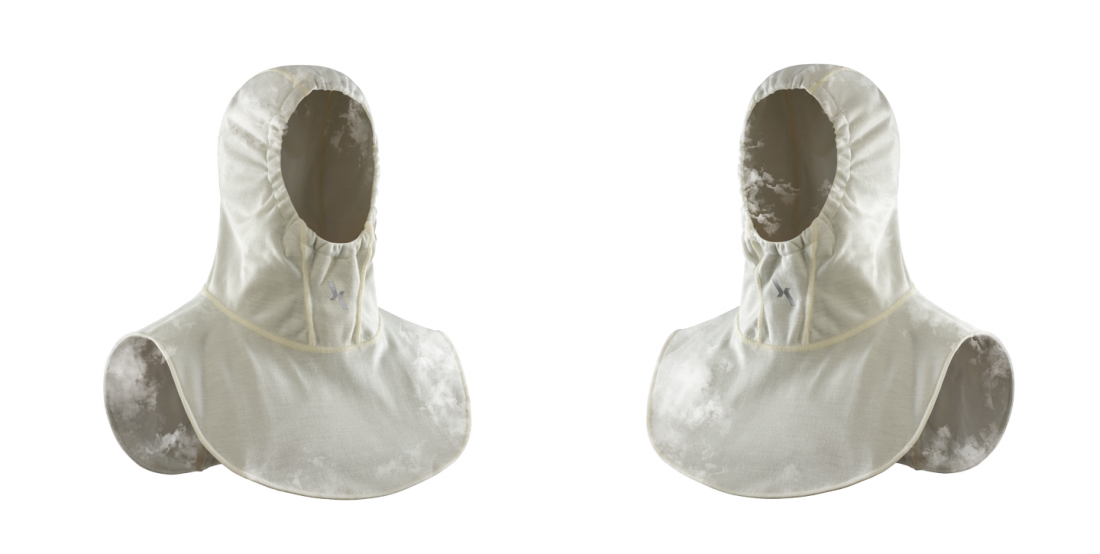 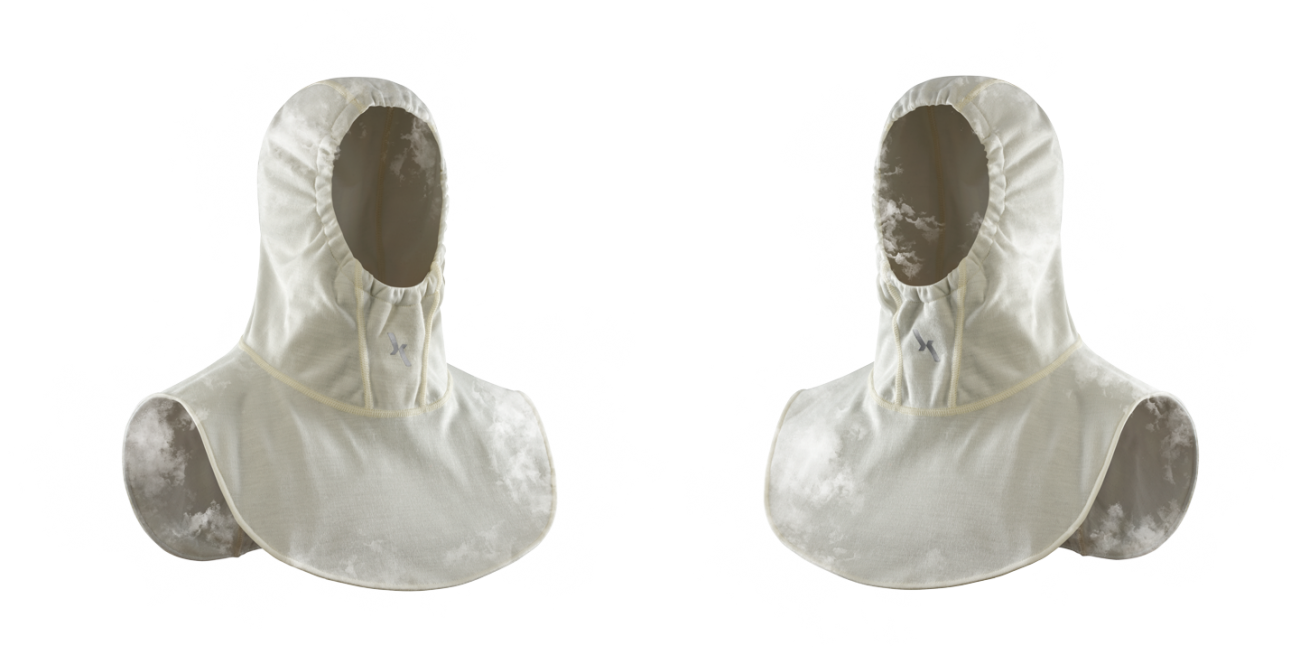 “A chain is only as strong as its weakest link.” This saying also applies fully to the correct and effective use of protective clothing. Even if fire hoods look rather inconspicuous, they are hugely beneficial to emergency services. Fire hoods were previously worn to protect against the effects of heat. However, new studies have shown that the absorption of soot particles and thus also of dangerous PAHs (polycyclic aromatic hydrocarbons) through the skin must be stopped. 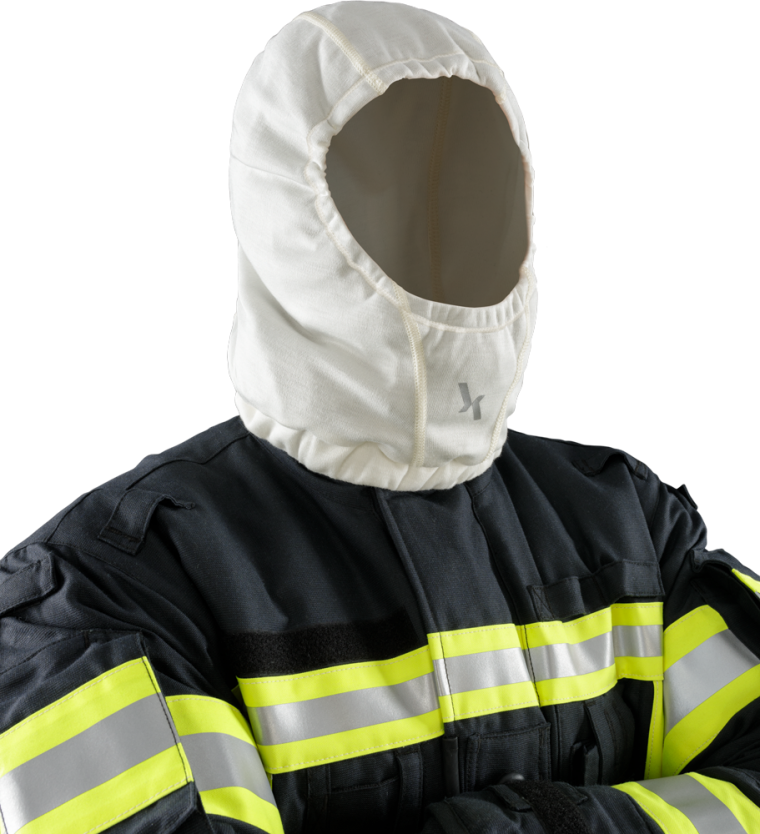 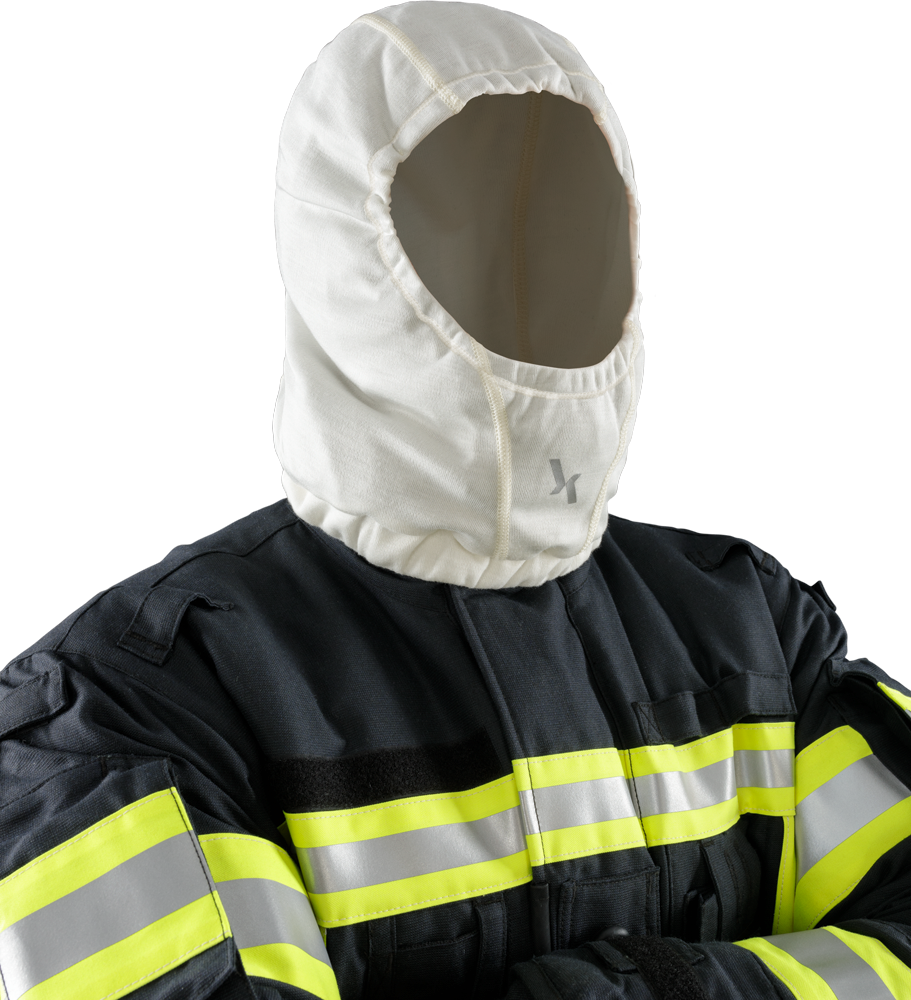 A familiar problem is solved simply but effectively

All fire hoods currently on the market are designed in such a way that they can be worn under the protective jacket. So the hood is put on before the protective jacket. The collar of the jacket thus overlaps the fire hood in the collar area. This creates an opening between the inner collar of the jacket and the knitted fabric of the fire hood. Here it is possible for the particles to get through this opening via the neck area into the inside of the jacket, meaning that they can be absorbed by the body.

“I was just not happy with the fact that a fire hood worn under the protective jacket can be a weak point for these dangerous particles to penetrate. The idea of shortening the fire hood and pulling it OVER the collar solved the problem in a simple but highly efficient way,” says Otmar Schneider, CEO of TEXPORT®. 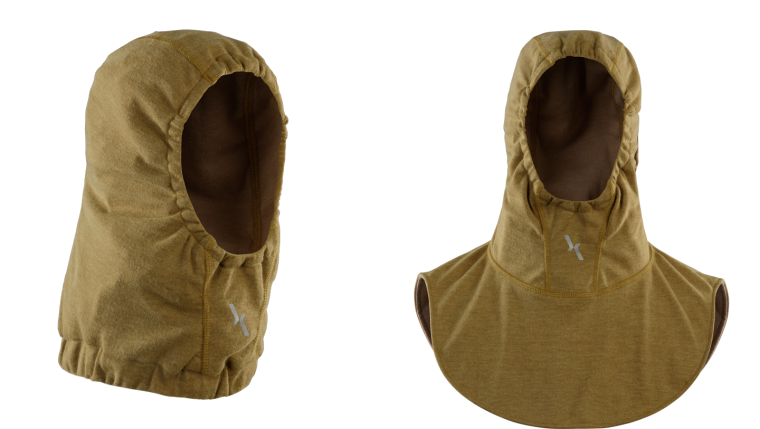 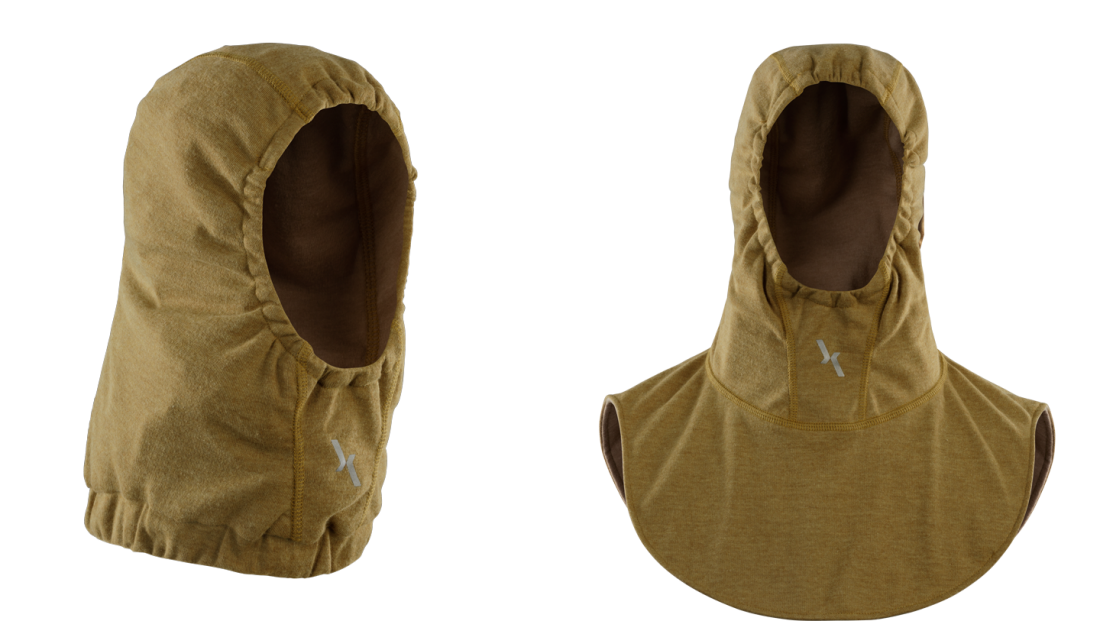 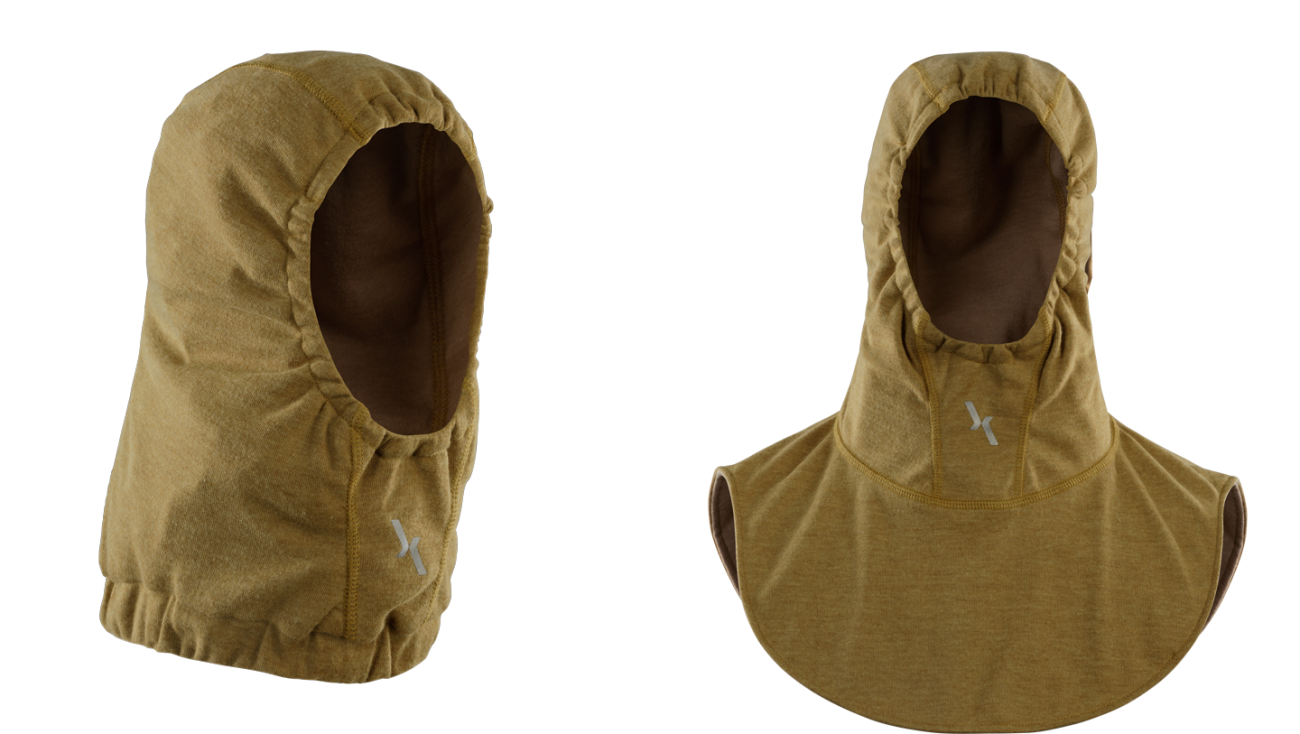 Seams are often a weak point. Not with TEXPORT® clothing

The newly developed TEXPORT® FIRE SEAL fire hood with a PTFE particle protection barrier comes in two versions. These differ in the structure of the material layers. The material structure is either 2-ply (knitted layer–particle barrier) or 3-ply (knitted layer–particle barrier–knitted layer), with each layer functioning as a separate component shell. When the individual components are brought together, premium processing ensures that the material layers are only connected with the seam on the elastic face cut-out and the end of the hem. It’s simple: fewer seams mean fewer injuries to the particle barrier from sewing needle holes and thread, thus guaranteeing an increased filtering effect of the particle barrier. For reasons of safety and hygiene, it is also advisable to wash the fire hood at 40 degrees Celsius after each use in a fire. The hoods are available as a short or long version in PBI (gold) and aramid (beige) knitted fabrics. 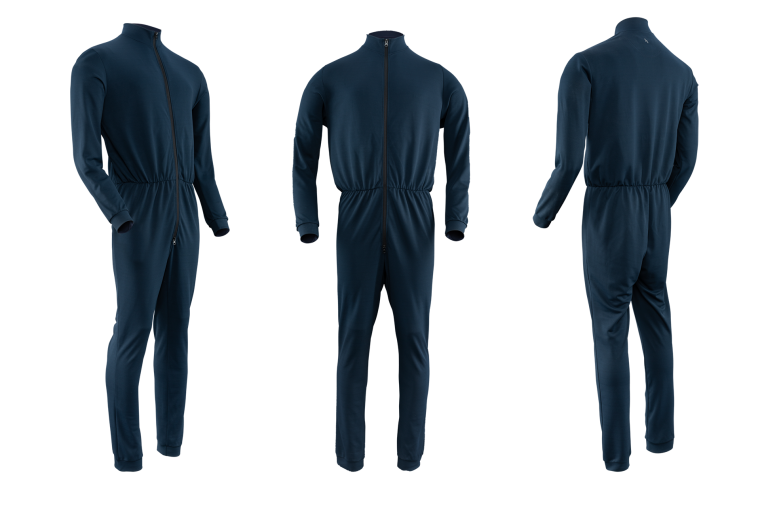 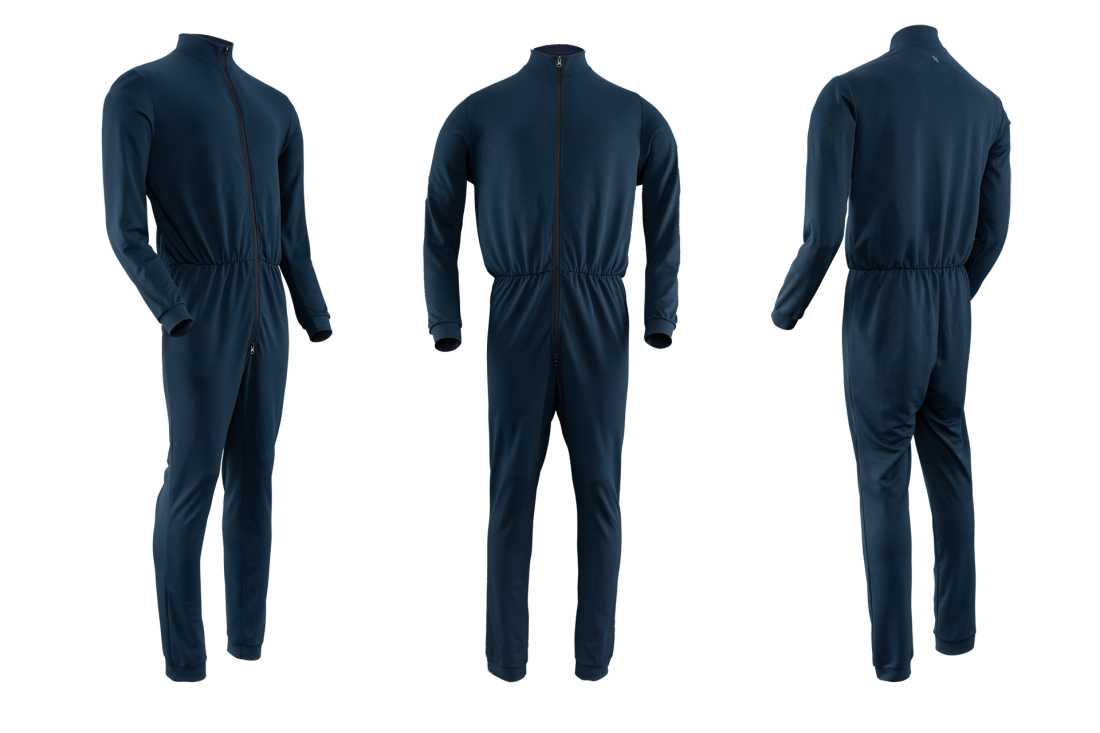 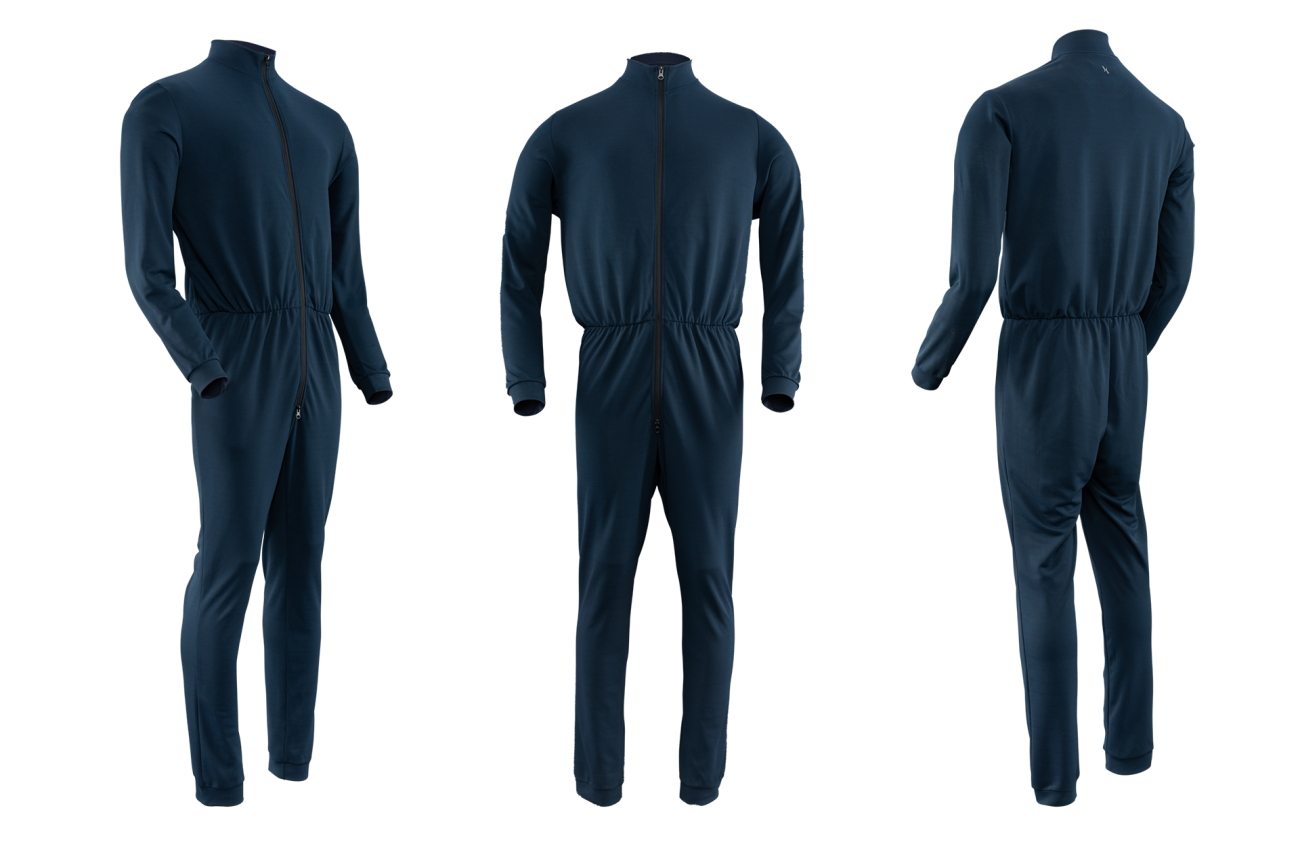 What a Scot actually wears under his kilt usually remains a well-kept secret. The single-layer operational hygiene overall made of functional knitted fabric is one of the latest developments by the Salzburg-based company. Following the hygiene concept offensive in Germany, this overall is the ideal addition to the fire hood. It contributes significantly to an increased sense of well-being – more so than the frequently used track suits, for example. The knitted fabric is extremely robust in terms of colour and shape, even after many wash cycles, is odour-inhibiting and skin-friendly, which is why the Munich fire brigades will in future also carry it on emergency vehicles. The operational hygiene overall provides the best service as a change of suit on the way back to the station, while the contaminated fire protection clothing is stowed in separate and sealed containers.

More than just a facelift
Everything is new in Munich