News
TEXPORT® Werkeröffnung Mazedonien / Ilinden
TEXPORT
TEXPORT® Werkeröffnung Mazedonien / Ilinden
Brandheiss, 01.01.2018
4 Min
“If we want to be prepared for the tasks that await us in the future, we have to act strategically and proactively now,” Otmar Schneider, founder and CEO of TEXPORT®, told us years ago in an interview. Years later, on 29 August 2019 to be precise, the public was presented with what was meant by this. In Ilinden/Macedonia, after just 12 months of construction, a production facility was ceremoniously opened, with which the company is more than ideally equipped for the requirements of the future. Nicole Heinemann, Division Manager and the key person responsible for the 4 million euro project, sums up the most important reason for creating the imposing new building: “Our high-quality products are becoming more and more popular on international markets. However, to ensure that we can continue to serve our regular markets in Austria or Germany with the consistently high TEXPORT® quality, an expansion of capacities was the completely logical step.” 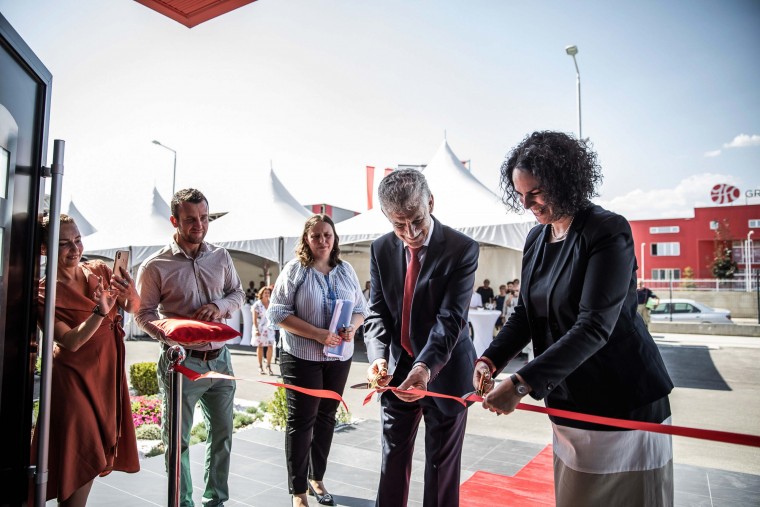 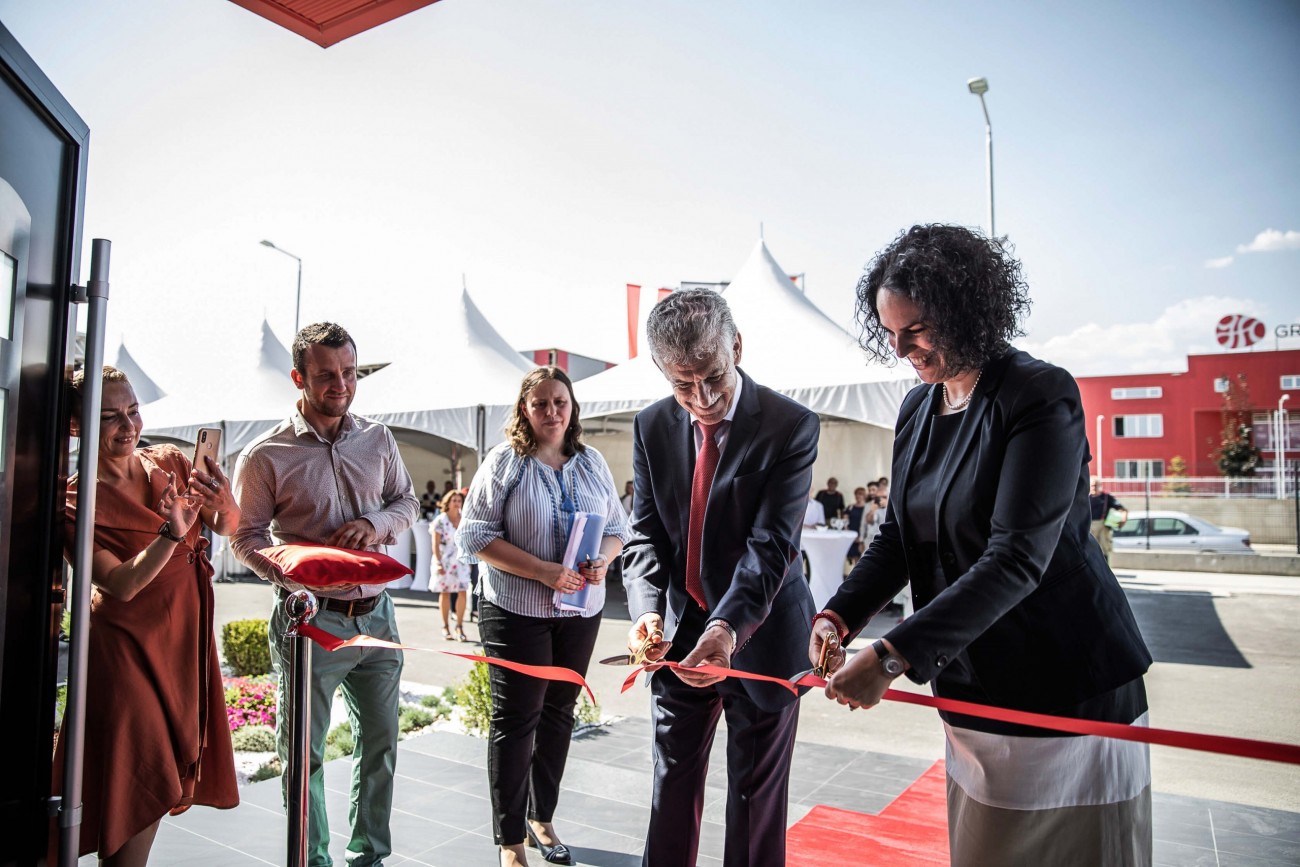 Not every company in the highly competitive market for premium work and protective clothing is in a position to make the considerable investment – however necessary it may be. TEXPORT®’s extremely good orderbook situation gave the company – which is headquartered in Salzburg – the necessary leeway to create one of the most modern production facilities in the industry today. The ‘soil’ in the heart of Macedonia is definitely fertile for TEXPORT®. Logistically speaking, it is extremely well-positioned, meaning that transport times can be kept short. There are no empty trips, which are both costly and harmful to the environment! Raw goods are delivered and exchanged for goods to be delivered ‘return post’. The new building not only stands out visually from its surroundings – a production facility for 400 employees (approx. 200 are still being sought) according to the most modern European standards is quite a rarity in Macedonia. The presence of the Macedonian Finance Minister and business delegations at the opening ceremony highlights the status of the project on site. Hygienic changing rooms, showers, a canteen, ergonomically coordinated workplaces and full air conditioning – temperatures reach up to 40 °C in the shade in summer – are not even standard in Austria or Germany. And the motivation and identification of the employees are just as great. Even when it comes to the working hours model, TEXPORT® is taking paths that are not typical for the industry: “We deliberately do not manufacture in shifts! Our quality and the flexibility for individual production would simply not be possible in shifts,” explains Ms. Heinemann. The fact that the majority of employees are trained in-house, compliments the drive for perfection. The reasoning behind this is of course well thought-out. It means that workers can be deployed at different stations on a sewing line, depending on requirements or workload. Now the (new) site – we were already present in Macedonia with contract manufacturing – offers considerable reserves in capacity. At Texport, we don’t want to join the masses with, for example, sports or casual clothing, as is the case with our competitors. “Emergency services and protective clothing has always been and will remain our core competency. We have mastered this craft and it should stay that way,” says Heinemann, affirming the company’s philosophy. 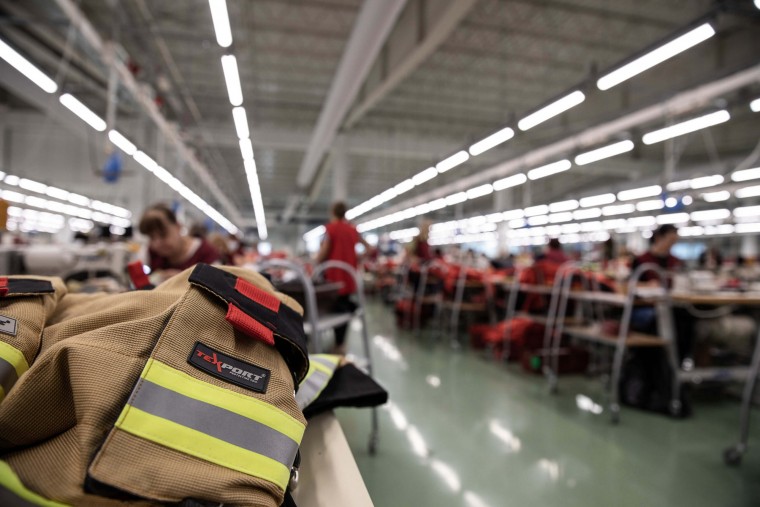 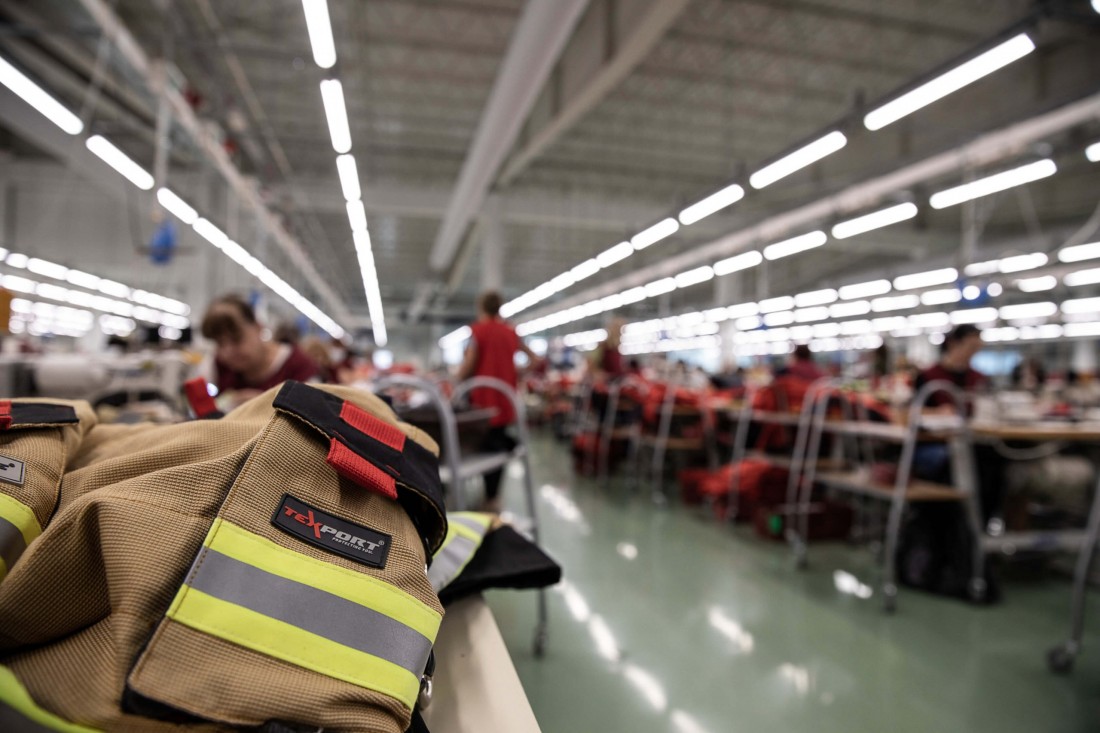 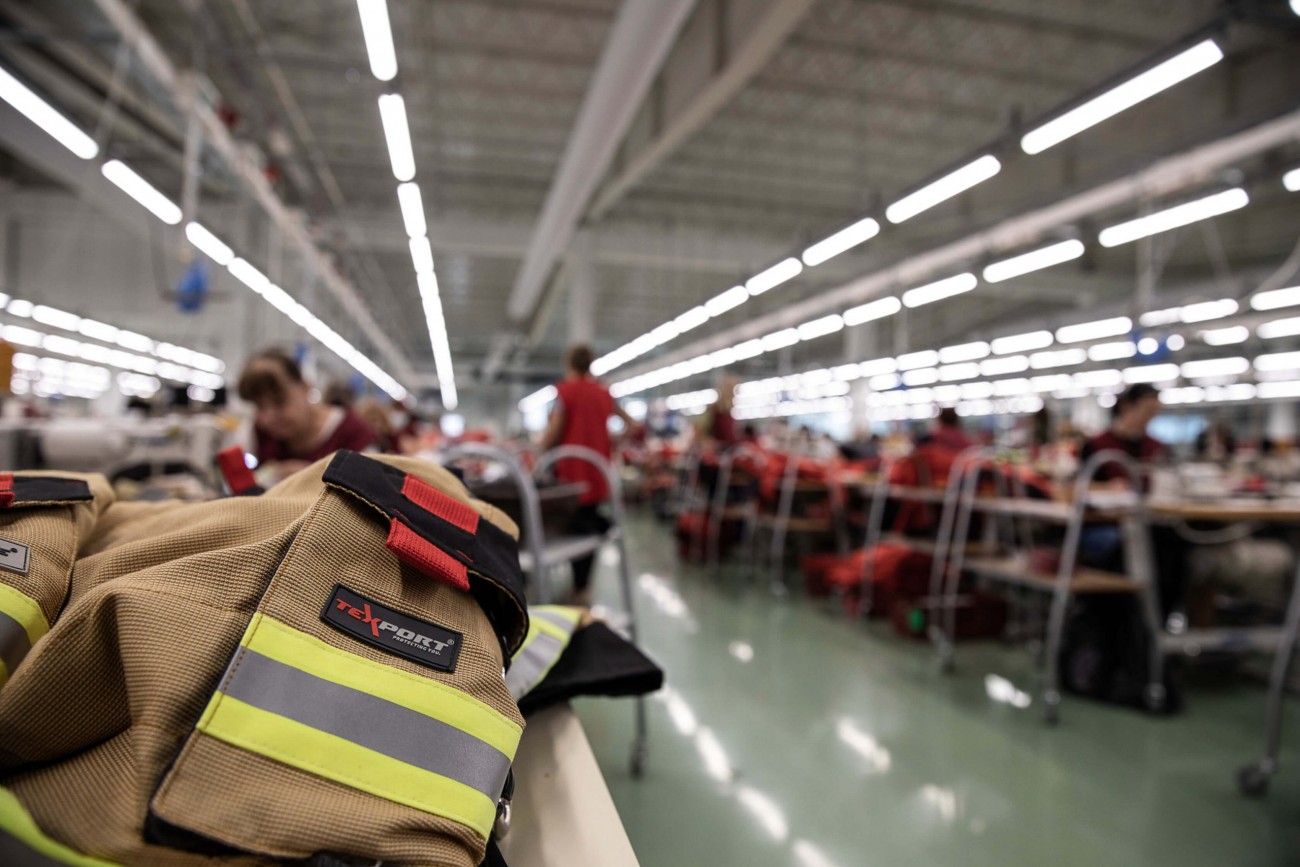 “Today, textiles are sometimes processed on the ship during transport from Asia to Europe. Our understanding of quality, but also of sustainability, allows us to take a completely different path. We are also personally committed to environmentally friendly and humane corporate management.”Otmar Schneider

The facts speak for themselves: