Anyone who knows INTERSCHUTZ knows Timmy the rescue dog as well. After all, Timmy has been the official mascot of the world’s leading trade fair in the blue light sector since 2015.
At TEXPORT®, we are delighted to equip Timmy with custom-made identifying harnesses from TEXPORT® in the future. 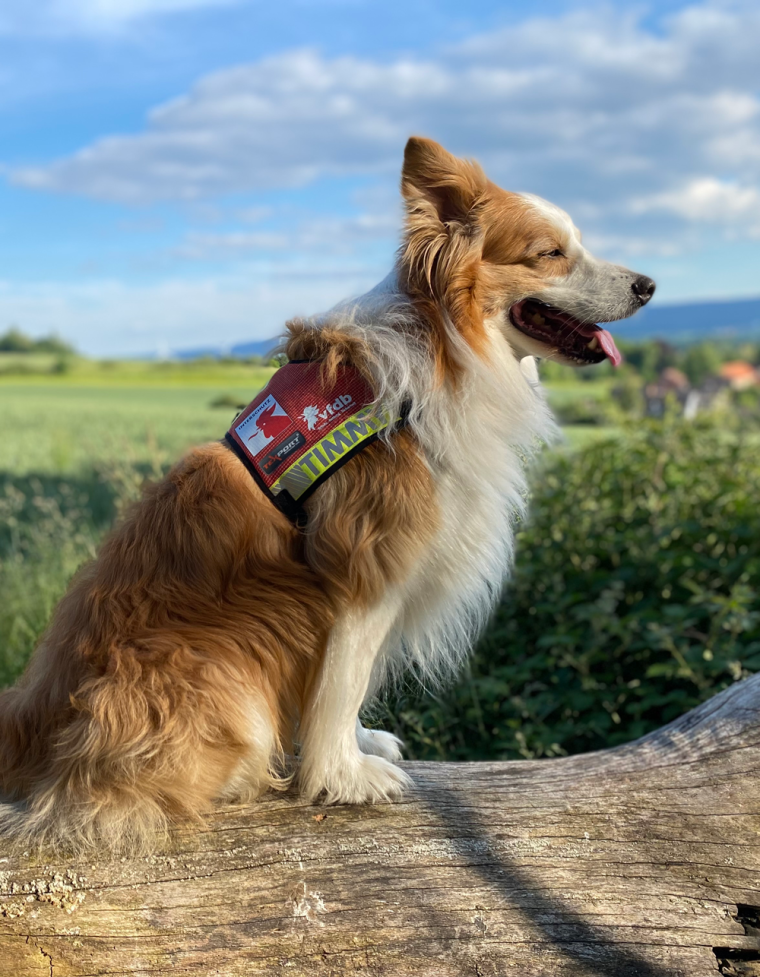 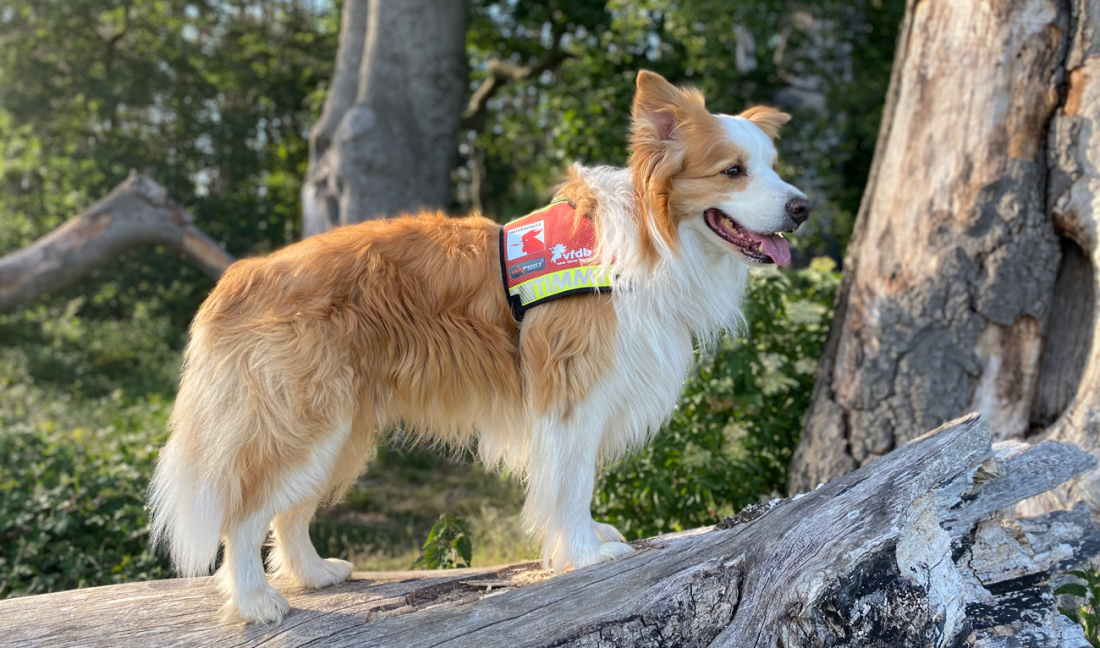 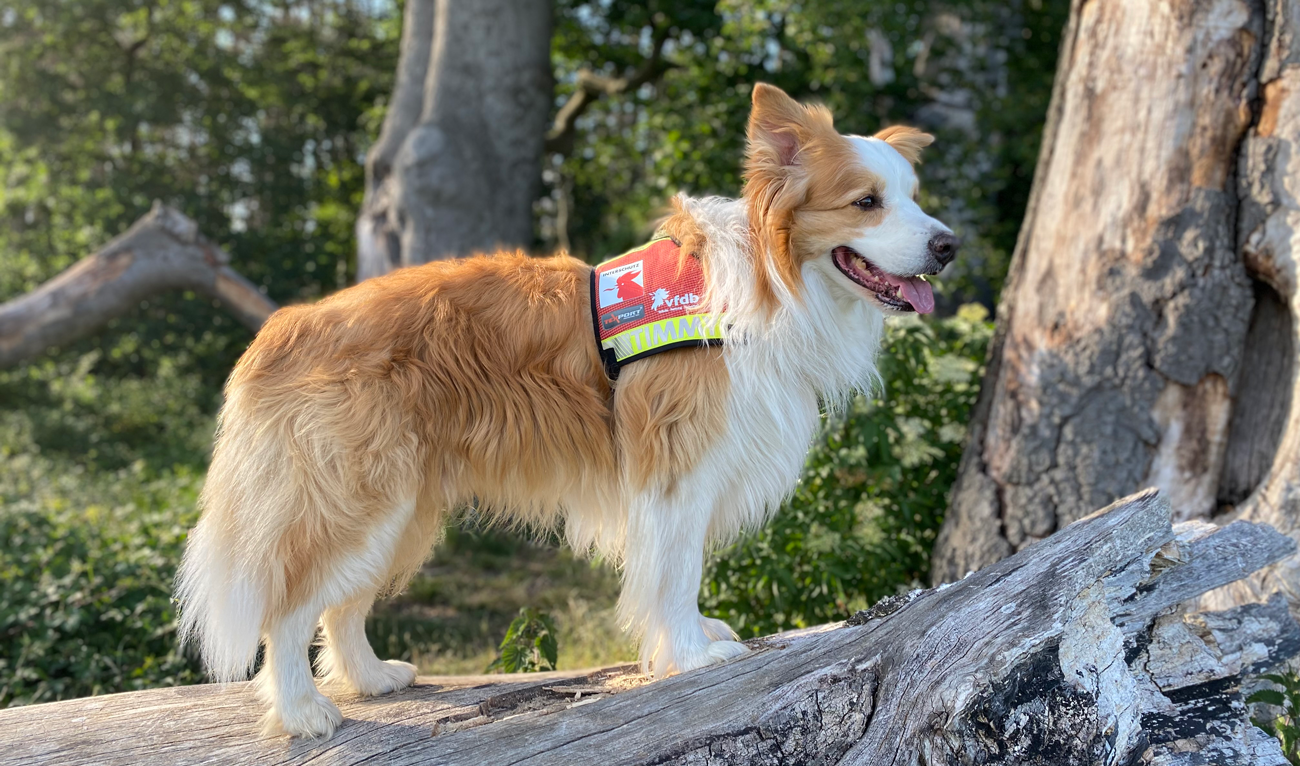 Every dog has its day, and in this case, it’s one very special dog. After all, Timmy the rescue dog has been the official mascot of the INTERSCHUTZ in Hanover since 2015. The idea for Timmy to perform this honourable duty actually just came up in passing. The firefighter at Timmy’s side, Christian Lang, also works for the vfdb (the Association for the Promotion of German Fire Protection) in addition to his work with the Hanover Professional Fire Department. You could say the vfdb is the “inventor” of INTERSCHUTZ in its current form, so to speak. Since Timmy was always present at various meetings and discussions with Christian Lang, the idea came up to choose a living and above all lovable mascot for INTERSCHUTZ 2015.
Even back then, Timmy easily won the hearts of exhibitors and visitors. Just as easily, we all fell in love with Timmy right away when he and his “companion” Christian Lang visited our headquarters in Salzburg.

Timmy really became famous even back at the last INTERSCHUTZ in 2015. His owner Christian Lang, who is himself a professional firefighter in Hanover and is also highly involved behind the scenes of the world’s leading trade fair, took Timmy with him to various meetings and discussions.
Decision-makers at the vfdb (the Association for the Promotion of German Fire Protection) and Deutsche Messe AG put forward the idea of making Timmy the official mascot of INTERSCHUTZ. This proposal was welcomed by everyone involved.
Normally, mascots for such large events only exist on paper in the form of logos, drawings, and so on. In general, trade fairs such as INTERSCHUTZ or REAS in Italy are very professional and formal. Having Timmy as a mascot has given it a bit more casual an image and put the focus on the people behind it, and Timmy does it effortlessly. Whenever he and his owner show up, it puts everyone in a good mood and casual conversations spring up straight away. 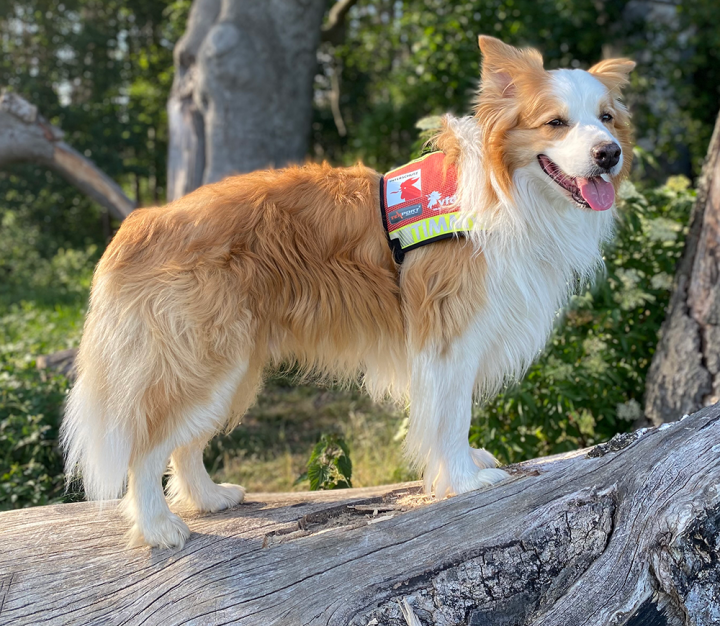 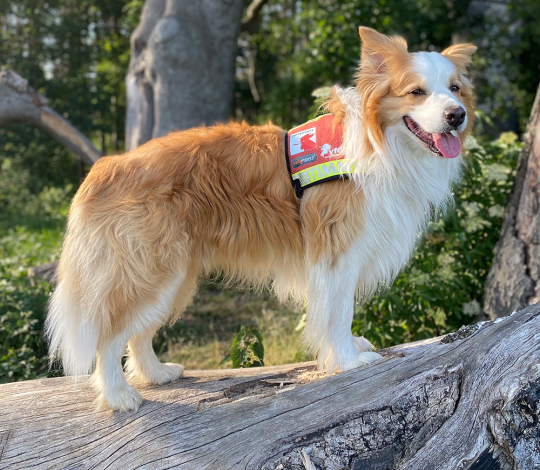 Timmy also appears at the REAS trade fair in Italy in his role as “Loveable Ambassador”, so he often travels from Hanover to Montichiari. During one of these business trips, Timmy made a stopover to see us in Salzburg. The entire TEXPORT team succumbed to the charm of the four-legged media professional right away – how could we not? – and so it soon became clear that we wanted to equip Timmy with a tailor-made identifying harness, the kind worn by rescue and assistance dogs. So Timmy is now stylishly equipped with his “uniform”, which bears the INTERSCHUTZ and vfdb logos, for his big appearance in June.

We at TEXPORT are looking forward to seeing Timmy again at INTERSCHUTZ at our stand in Hall 15, stand H21! 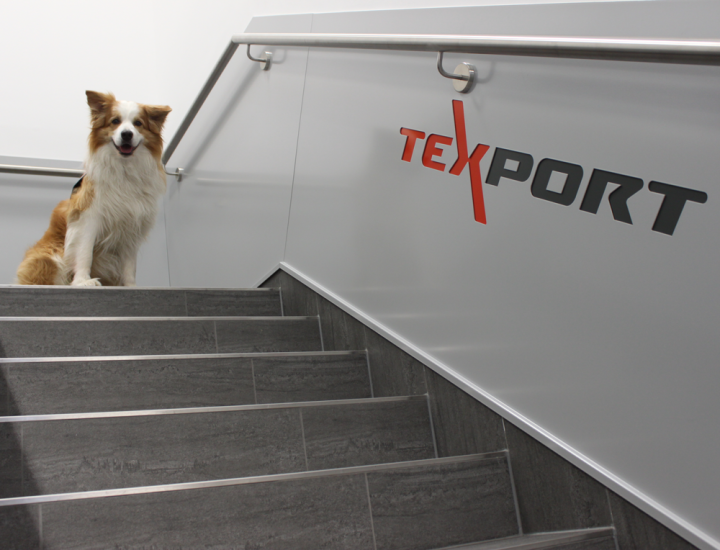 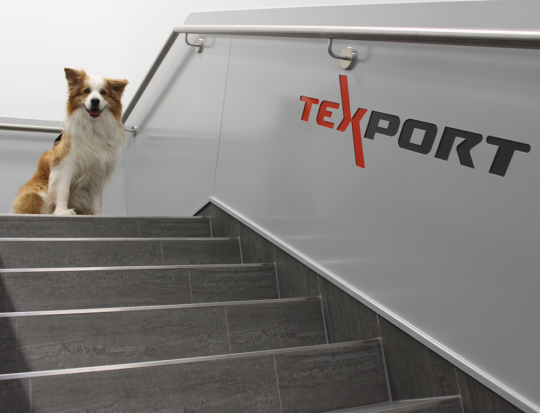